This advent 2018, I’ve been thinking about how much darker the world would be if God had not revealed himself to the humble humans that make up the Christmas story. The messages God sent to his people prepared the world for a sacred moment: the welcoming of the Son of God, the ultimate source of peace and light, into our broken world.

The Bible contains stories about thin places, or moments where God breaks through heaven and reveals Himself on earth. Some of the most beloved Bible stories record moments of finding peace in God’s presence in thin places.

The first thin place recorded in the Bible occurred in the garden of Eden. God made himself present, and walked with Adam and Eve in the cool of the day.

Jacob, the grandson of Abraham, experienced a thin place in Peniel when he wrestled with God during the night.

Moses, was leading sheep through the backside of the wilderness when he stumbled into a thin place. He saw a flaming bush that didn’t burn.

Samuel was sound asleep on the floor of the tabernacle when he first heard God speak.

A young boy was called in from watching sheep when he encountered a thin place in the living room of his own home. After being anointed by the prophet, the Bible tells us that David, a future king, was transformed. God’s Word says; The Spirit of God entered David like a rush of wind.

While stories of thin places are less common in the Old Testament, the Christmas story is replete with them.

Zechariah was performing his priestly duties when an angel visited him. The angel promised the birth of a special child to this aged and barren couple.

A young virgin named Mary entered a thin place. God sent an angel to tell her she had been selected to give birth to the Savior.

Mary’s betrothed, Joseph, experienced a thin place as God revealed His will for their life and family.

A heavenly choir appeared before a group of shepherds, praising God and proclaiming the birth of the savior of the world.

A warning was sent to the Magi in a dream. This divine dream kept them from returning to Herod, and they returned to their homeland another way.

Finally, a thin place occurred in the temple when baby Jesus was brought to the priest. Under the inspiration of God’s Spirit, Simeon and Anna both bore witness to the purpose and significance of the Christ child.

In the Christmas story God pulls out all of the stops and amplifies the event’s significance through thin place moments.

He employs angels and their choirs and calls forth barrenness to give life. He activates aged temple bound saints to speak prophetic words of insight. He even pierces the subconscious mind during the sleeping hours to unveil the necessary logistics of His plan.

Imagine how much darker the world would be if the Christmas story didn’t include examples of thin places.

Our inspiration around God’s great gift would be diminished. Our expectation of the extent of God’s power would be depleted.

Imagine the dullness, darkness and hopelessness of a world devoid of thin places. Religion would be drudgery. Christmas would be an impossibility. Instead, we find peace in thin places.

This Christmas season, let us refresh and rekindle our faith by immersing ourselves once again in this miraculous story.

Bruce Rhodes is an overseer of the Southern Michigan Conference of the Free Methodist Church USA.  Before his election he served as a local church pastor in four different churches. He has been married to Jerilynn for 36 years and they have three children, all married, and has three very important grandchildren! 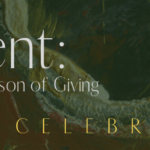 Embracing Advent: Preparing Our Hearts for a Meaningful Christmas Celebration

This post is part of our Civic Engagement Series for August Recess. Faith & Community [...] END_OF_DOCUMENT_TOKEN_TO_BE_REPLACED