After formalizing their CCDA Local Network at the end of last year, Knoxville has hit the ground running.  I had the unique opportunity to interview two of their local network connectors, Jonathan Haskell & Pastor Chris Battle.  Listening to their perspectives on the amazing ways their network is engaging their city, churches, and local government was inspiring and a great example of how others can work together to engage important issues in their community.  Here is a little of what I learned while interviewing them.

What inspired you all to create a local network in Knoxville?

Haskell replied, “Members of CCDA Knoxville felt compelled to engage in local justice issues and utilize CCDA events to highlight a Christian response.  It felt natural to engage locally because so many of us were friends and participants of local advocacy initiatives. For instance, Knoxville was about to make a contract with the jail to use unpaid inmate labor.  We decided to craft a statement and sign up to speak at the city council meeting, arguing that this was unjust and that the inmates should be paid. Afterwards, we received feedback from council members saying that they appreciated what the local network members had to say and would take their suggestions into consideration.”

Do you have any suggestions for how an LN can get involved in their city?

What events did you leverage to raise awareness on justice issues in Knoxville?

Both enjoyed partnering with CCDA’s Locked in Solidarity (LIS) events and Shane Claiborne’s Beating Guns Tour.   Battle explained, “We hosted LIS at my church with speakers, music, testimonies and ministries all connected to mass incarceration.  A highlight for me was having a Professor of Criminology from UT share about the effects of mass incarceration on a community. We also hosted a screening of “13th” at a nearby theater and had a panel discussion afterwards.  It was neat to communally debrief what we were learning through the week.”

Most recently, the Beating Guns tour was in Knoxville – each tour stop features a live transformation of a gun into a garden tool.  Haskell stated, “We had a number of people who had been impacted by gun violence and the forge experience was cathartic. For me, the highlight was transforming a tool that brought death into a tool that will bring life.”  Battle added, “I took a garden tool that was created at the event and used it to plant seeds at my urban farm, BattleField Farms & Gardens, (fighting food disparity in East Knoxville) this last week.” (see video here).

What have you learned in these first few months of starting your local network?

Haskell shared that “the events attracted many people from the community – both guests and partners – who are not connected to a local church…It seems that a God who cares about justice and a church that responds can be quite attractive to many who had given up on us.”  Battle included, “if you have people passionate about CCDA and issues in your area – don’t try to start large…start with what you have, with what’s around you.”

If you are interested in contacting CCDA Knoxville for more insight, information or questions, please email them here..

by Christina Foor
Assistant to Director of Advocacy & Strategic Engagement

This post is part of our Civic Engagement Series for August Recess. Faith & Community [...] END_OF_DOCUMENT_TOKEN_TO_BE_REPLACED 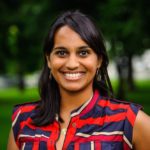