“WHY THE OUTRAGE?” They ask.

– I am outraged because the death of a young life did not even get the full consideration of a court of law. I believe this minimally deserves a trial.

– I am outraged because prosecutor Robert McCulloch has ties to police that deeply impact his perspective, including the loss of his father – a police officer – in the line of duty. I do not believe he should have taken the case and the Brown family even requested he not be the prosecutor, but the law is set up such that only he can choose to have someone else take it. That is a failure of a check and balance in our system.
http://www.nbcnews.com/storyline/michael-brown-shooting/prosecutor-michael-brown-case-has-deep-family-ties-police-n183911

– I am outraged because the approach Robert McCulloch selected in presenting information to the jury effectively removed him from using his role as prosecutor to act on behalf of Michael Brown, making a charge much less likely to occur. That was his whole job. The case was State of Missouri v. Darren Wilson. He was representing State of Missouri, yet chose the approach that made it least likely for Darren Wilson to be indicted. http://www.vox.com/2014/11/24/7175967/darren-wilson-charges-michael-brown-ferguson

– I am outraged because systemic injustices are continually perpetuated along lines of race, i.e. redlining, stop and frisk, funding of schools based on property taxes. As a neighbor, church member, former public high school teacher and now on the social work team at the public defender’s office, I am daily a witness to how policy disproportionately impacts especially poor people of color. Isaiah 10:1-2  http://www.washingtonpost.com/news/the-watch/wp/2014/09/03/how-st-louis-county-missouri-profits-from-poverty/

– I am outraged because we have a system set up to protect police when they are acting out of line. I respect police and I believe it must be one of the most difficult jobs imaginable. Unfortunately I have witnessed police brutality and corruption, and I also know that those experiences unfairly get generalized. Not all police are complicit. Simultaneously, we cannot ignore patterns. Police carry a very heavy responsibility. Those who carry great responsibility (leaders, police, teachers, etc) must be held to higher standards, not lower ones. Luke 12:48
http://www.thenation.com/article/190937/why-its-impossible-indict-cop

– I am most outraged at the refusal to consider the struggle and pain that brought us to this moment. I do not have all the answers. Only God does. I cannot say the grand jury decision was right or wrong. What I can say is that I benefit from privileges most do not have. I benefit unfairly from my education. I benefit unfairly from my appearance. It is outrageous that some can be comfortable to the point of not even considering the possibility that these injustices are real. If we look back in U.S. history, we see how oppression was carried out time and time again by majority to minority and was ‘LEGAL’ at the time: genocide of Native Americans. Slavery. Jim Crow laws. Child labor. Japanese internment camps. Domestic violence. Separate-but-Equal. All those used to be legal. Legal does not equate with right. We will never be perfect and our world will never be perfect. But if we care about one another, our country and our world, we must recognize patterns of oppression and fix the systems that permit and perpetuate those. They are not the fault of any single person, but it is our collective responsibility to stand up against unjust systems and to reform them in such a way that all people are protected, especially the marginalized. Proverbs 31:8-9. We are called to LOVE one another. How do we do that? LISTEN to each other. EXAMINE ourselves and our systems. Keep what is working and CHANGE what is hurting.

I love you all, near or far, whether our experiences, beliefs and politics align or not. We are currently a country divided, and that the only way to heal is through acknowledging tough truths, making changes and loving each other…….”if one of us is bound, we all are. We are, altogether, bound up in a system that continues to treat some men better than others. A system that preserves some and disregards others. A system that protects the rights of some and does not guard the rights of all.” – From the letter released last night by Ferguson residents. http://mic.com/articles/105040/we-still-don-t-have-justice-protesters-release-open-letter-after-grand-jury-decision

For those who are people of Christian faith, I recommend these three reads:
http://www.christianitytoday.com/derwin-gray/2014/november/ferguson-and-cross.html
http://www.christianitytoday.com/edstetzer/2014/november/decision-in-ferguson-how-should-evangelicals-respond.html
http://america.aljazeera.com/opinions/2014/11/ferguson-protestmovementreligious.html

Woe to those who make unjust laws, to those who issue oppressive decrees, to deprive the poor of their rights and withhold justice from the oppressed of my people, making widows their prey and robbing the fatherless. – Isaiah 10:1-2

For everyone to whom much is given, from him much will be required; and to whom much has been committed, of him they will ask the more. – Luke 12:48 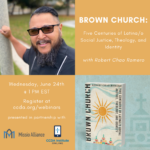 The school year is upon us and it's the perfect time to consider how we can love our neighbors in [...] END_OF_DOCUMENT_TOKEN_TO_BE_REPLACED