How Solidarity with Neighbors led to their Collective Liberation

Along with at least 4.5 million Texan families, Lisa lost water and power during the unprecedented snowstorm in March. She is a pastor at Gateway Church in Pflugerville, Texas, where they launched this Easter. Lisa has been connected with CCDA for 5-6 years and has worked in community development for the past decade in various contexts. This is a glimpse of her story.

Lisa spent the first few days of the storm in Austin without power, walking to the local police station to charge her phone. The most stressful part of it all was staying in communication with her parents and grandmother, who were older and shut into their home in Dallas. As a South Asian daughter, she acutely felt the suffering her parents were enduring as they too were without heat and water. Lisa charged her phone at the police station, called her parents for minutes at a time each day, and called businesses and friends in the Dallas area to figure out where she could buy some firewood so her family could stay warm. Then, a few days later, Lisa lost water. In a last-minute decision, she and her siblings filled a bathtub with water just before losing it and began rationing as there was no projected end in sight. They, like their neighbors, collected snow and walked to the city well to gather clean drinking water in any spare jugs and coolers. Lisa could only describe the week as traumatizing – as she was trying to address her own needs while caring for her parents from afar.

After the stressful week, Lisa began to think about her neighborhood. How did her neighbors fare? How many of them have stressful situations caring for their families and figuring out how to secure water and power? Which of them had issues with access to these resources?

Her questions led her to get involved with BASTA, which at first opened doors for her to serve in crisis relief efforts. BASTA Austin exists to Build And Strengthen Tenant Action. Through the relationships that BASTA has with renters, they were able to mobilize teams of volunteers to get water to the most vulnerable areas. Over the course of those three weeks, Lisa brought church members along to serve with BASTA teams in distributing water door-to-door. Towards the end of that stint, BASTA turned their attention toward helping renters with repair requests that would ultimately lead to ensuring tenant rights or allowing tenants out of their leases. Through that effort, Lisa went into an apartment complex just down her street where she encountered horrible situations – residents, mostly elderly and disabled, living with mold and fallen in ceilings and walls. Many suffered additional issues from the snow storm like busted pipes, sewage stench, and no heat. Few knew what their options were, and what turned out to originally be an attempt to distribute water for Lisa, began a series of uncovering unjust systems hurting her neighbors. Eventually, Lisa found herself helping renters learn their rights to pursue livable conditions.

We love our neighbors and walk in solidarity with them, only to uncover unjust systems hurting them.

Many of us in CCDA know this journey too intimately. We love our neighbors and walk in solidarity with them, only to uncover unjust systems hurting them. Lisa did not expect that her own traumatic experience would lead her to uncover further injustice in her community. And yet, as she walked in solidarity with her neighbors, she was able to get a glimpse of what collective liberation could look like.

Walking with the Ghosts of El Camino 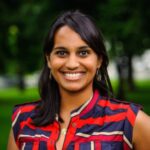