Felicia Graham: Why I am doing El Camino

This summer has been bittersweet.

The bitter part of this summer has been losing family members. My Uncle Greg, my Tio Agustine, and my cousin Norma all passed away within weeks of each other. At my Tio Agustine’s funeral, I had the honor of meeting my 96-year-old Tia Concha. I also learned that my Tia Julia would be turning 99 this year. I Have always said I was going to live to be 100, now I know it is a really a possibility. Seeing family I had not seen in awhile, and meeting some I had never met both helped make the summer sweet. When I heard about El Camino Del inmigrante, I felt like this would be the perfect way to honor those who have come before me. As time goes on, I find myself becoming more emotional. My eyes and heart are opened wider every day to the rich heritage I come from.

My Grandfather passed away in 2009, at the age of 95. His name was Pablo Zepeda Ramirez. He and my Grandmother, Silvestra Corchado Ramirez, immigrated to the U.S in 1949, from Durango, Mexico. My Grandmother was pregnant with their first child at the time. They had nine children, all of which were raised on the salary of a farmer laborer. We are now on the fourth generation. My grandmother now has great, great grandchildren. She will often announce “ya soy tatara abuela.”

I had the great honor of being raised by my grandparents. I grew up in a small town by the name of Three Rocks, Ca. Growing up was especially difficult as a biracial child-half Mexican, half African-American- in a town where everyone was Mexican. But my grandparents constantly worked hard, and they taught my siblings and I that we could do anything we set our minds to. They became citizens in 1995 raised teachers, law enforcement agents, college professors, pastors, colonels and sergeants in the military. They have definitely contributed to this country, as have many other immigrants.

As an adult, I have come to appreciate the simple life and rich culture I was brought up in. I am now a 45-year-old woman with a deep faith in God. I am a wife, mother of three, and grandmother to one of the cutest boys in the world. I realized this summer that there is a lot I do know about immigration. I am hoping to gain more knowledge about what is going on in our nation surrounding immigration reform.

El Camino is my way of expressing gratitude. My family has hit an era in life where those who have paved the way for us are now growing old, and in some cases, passing on. Because of these bittersweet changes, this is a very personal journey for me. I plan on reflecting on my childhood and the life I have been gifted to live thus far. It is also time for me to stand with those who continue to make the same sacrifice my Grandparents made. This will be a time of reflecting on my family, the good and the bad, but most of the sacrifice.

My hope for this nation is that we would embrace those who come here looking for a better life, rather than labeling one another based on where we come from or the color of our skin. I pray that we as a nation would focus on the contributions of immigrant, instead of focusing on the negative propaganda and lies.

Felicia Graham is a leader, volunteer, mother, grandmother, wife and so much more. Her goal in life is to reflect the light from within wherever she goes and in whatever she does.She is passion about loving and caring for people. 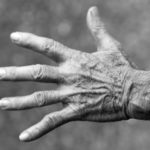 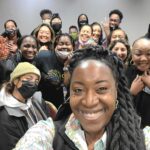 Welcome to #ccdaAdvent. In the midst of darkness, oppression, and marginalization, Christ entered [...] END_OF_DOCUMENT_TOKEN_TO_BE_REPLACED