In 2012, I sat down with my grandmother for a rare conversation. Growing up biracial, I was always eager to learn about the Chinese side of my family, and I usually turned to my mother for the stories of her parents’ immigration from China to the United States. On this particular occasion, my grandmother was prepared to answer all my questions about her experience directly.

My grandmother, Judy Kuan, was born in Nanjing in 1937, a time of immense turmoil for China. The Qing Dynasty had collapsed a few decades prior, and the country was still figuring out what kind of new government would take its place. Not only was the nation divided between the Communist and Nationalist Parties, but it was also afflicted by a brutal invasion by Japan as World War II engulfed Asia. At the time, my grandmother’s father was a diplomat in Chiang Kai-shek’s Nationalist Party, so she spent her childhood moving from place to place as war forced the Nationalists to relocate their headquarters around China. After the Nationalist Party lost the civil war and the Communist Party took control of China, her family was forced to flee to Taiwan and later moved to Japan when her father was assigned to the Chinese consulate there. While she was living in Japan, a Catholic priest offered my grandmother a scholarship to study at a Catholic college in the United States. Leaving her family behind, she immigrated alone to the US in 1955 and began her new life at Sisters of Charity of Incarnate Word in San Antonio, Texas.

I am very proud of my grandmother and the numerous difficulties she overcame as she adjusted to her new country. Like countless other immigrants, she had to learn to function in a new culture in which she stood out. She also had to quickly overcome the language barrier to make it through her studies. In 1956, she met my grandfather, Poh Shien Young, also a Chinese immigrant on scholarship. With much hard work and dedication, they both eventually earned PhDs – she in chemical physics, and he in particle physics. In addition to raising five children, my grandmother worked on American missile defense and retired only a few years ago at the age of seventy-five.

Beyond the family stories like these that were passed down to me, much of my knowledge of Chinese culture and history came from my own desire to better understand my heritage. Growing up in a predominantly white community, I learned about the events that my family had lived through mostly through self-directed study, since my school history courses did not teach me about China until my senior year of high school. Tracing the history of Chinese immigrants in America, I inevitably encountered the Chinese Exclusion Acts, the first piece of immigration legislation signed by the US in 1882. In effect until 1943 (after China had become a US ally against Japan), these laws exclusively prohibited the Chinese from immigrating to the United States. No other immigrant population suffered under this legislation. The Chinese were specifically targeted, largely due to racism and the fear that immigrants from China were taking too many jobs (when, in fact, many were doing work that nobody else wanted to do, such as laundry and housekeeping services, and building the Transcontinental Railroad).

Until my late teens, it never really occurred to me that my family included immigrant members and that my grandmother had even been a refugee for a time after being displaced from her home in China. Even more shocking was the realization that the Chinese Exclusion Acts had only been repealed for a short time when my grandmother immigrated to the US. Had the Acts not been abolished when they were, my grandmother would not have been able to begin the amazing life she has lived in the US.

Considering how fortunate my grandmother was compared to the many Chinese individuals before her who were barred from the same opportunities, I am grateful that no legislation like the Chinese Exclusion Acts is in effect today. However, when I heard of Donald Trump’s plans to build a wall specifically designed to keep Mexican immigrants out of America, my first thought was of the Exclusion Acts. While I am aware that Mr. Trump’s proposal is not entirely the same, the way it threatens to close immigration doors to a specific ethnic minority is far too similar. As the country moves towards immigration reform, changes must be guided by principles of justice and equality.

My family’s journey is one of many immigrant stories that has been woven into the diverse fabric of American life and culture, yet often go untold. As a CCDA intern this summer, my role is to help develop the stories of the over 50 Camino del Inmigrante participants who are walking the 150 miles to highlight the need for immigration reform. It is my hope that by sharing and highlighting these stories, we might strengthen our perspective on immigrants and immigration, bringing clarity and conviction around this politically polarizing issue.

Philip Hayes is a senior at Westmont College, where he majors in Religious Studies. He is a CCDA intern for 2016, and is developing stories in support of El Camino. Philip is the nephew of John Hayes, founder of InnerCHANGE, which began in Orange County, CA over 30 years ago. 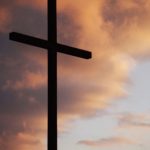 Imitating Donaldina Cameron (and other saints)

Ava Steaffens: Why I am doing El Camino

Welcome to #ccdaAdvent. In the midst of darkness, oppression, and marginalization, Christ entered [...] END_OF_DOCUMENT_TOKEN_TO_BE_REPLACED

By Jerilyn Sanders Devotional What’s the difference between waiting on God and just being [...] END_OF_DOCUMENT_TOKEN_TO_BE_REPLACED