Imitating Donaldina Cameron (and other saints)

I am not writing this to make you ashamed, but to admonish you as my beloved children. For though you might have ten thousand guardians in Christ, you do not have many fathers. Indeed, in Christ Jesus I became your father through the gospel. I appeal to you, then, be imitators of me. – 1 Corinthians 4:14-16

Who do we strive to imitate, and why? Ms. Donaldina Cameron, Presbyterian mission worker, is one of my heroic saints in the faith for many reasons, one being that I can almost credit her for my existence, because exactly 100 years ago today she successfully advocated for my grandmother’s release from immigration detention on Angel Island. Reuniting with her husband, grandma gave birth to my Mom and, well, the rest is history…at least my little history. For this, I am forever indebted. 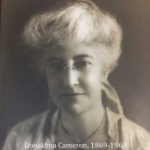 Imitating Donaldina Cameron, however, is a tall order. Authors Kristin and Kathryn Wong write of Ms. Cameron’s fierce compassion. Much of the time, I just get cranky and self-righteous. Donaldina defied human traffickers and local authorities on rooftops, in back alleys, and through secret tunnels in the dark of night. Most of my battles are waged on a laptop at the local Starbucks. She is known to have rescued, taught and, in many cases, provided sanctuary for over 3,000 young women over the course of her amazing ministry of well over 50 years. Definitely saint-canonization material, and worthy of emulation. The bible indeed speaks of imitating saints like Donaldina, but what does this actually mean?

I don’t know about you, but I definitely have had a visceral response whenever I’ve read the apostle Paul’s admonition to imitate himself. It sounds rather boastful doesn’t it? Yet Paul rails against boasting repeatedly in the same letter, for what Paul wanted them to imitate had nothing to do with his fiery personality, or religious credentials, but rather, his resolve to “know nothing among [them] except Jesus Christ, and Him crucified.” Put another way, Paul did not want the Corinthian believers to imitate him by looking like him, sounding like him, or doing exactly what he did. No, Paul wanted them to center their lives around Christ and His life, depending fully upon the self-giving grace of God. This is what he wanted them to imitate.

Fortunately for wannabe imitators like me, this is precisely what Donaldina wanted as well. She has been quoted as saying, “Our talents are diverse, our opportunities differ, our pathways in life diverge, but our Master’s call to service is the same for all.” In her personal devotional book, she underlines Paul’s words from his Corinthian letter, “My grace is sufficient for thee, for my strength is made perfect in weakness (2 Cor. 12:19).” For Donaldina, ministry was not about being heroic, and certainly not about making a name for herself. In speaking for the Presbyterian Mission with whom she served, she writes, “We only aim to leave a few words of testimony to bear witness…to the kind care of a loving heavenly Father, and also to the unselfish courage displayed by our Chinese girls throughout the terrifying and distressing experiences of these days…”

I have much to share about my grandmother, and how Donaldina and her colleagues advocated for her (see article), but I do want to offer this picture, for such a time as this. A year before my grandmother was placed into detention, Immigration Commissioner Samuel Backus fueled the flames of anti-Chinese sentiment across the land when he declared his opposition to “oriental immigration from all standpoints” painting them as a clear threat to the United States, saying, “God help our beloved country if [the Chinese] could not be stopped in some measure.” The fear of the Chinese, by this time, was virulent, and the mission of the Angel Island Immigration Station to curb and deport Chinese “undesirables” carried on for the next three decades.

It was in this world that Ms. Cameron, a white evangelical, fought for the inclusion of Chinese folks like my grandmother out of her love for, and allegiance to, the Lord Jesus Christ. She gave of herself, and opened wide her arms to the most vulnerable because this was the God that she knew. She did not take on a cause, and throw a cross on it. Rather, she committed her life to Jesus, and this is the work it led her too. In these fearful and tumultuous times, perhaps our search for heroes (or our hankering to be one) is misplaced. What our nation needs from the Church is faithfulness to the crucified Christ, the kind of faith that the apostle Paul…and Donaldina Cameron…possessed. This is a faith worth imitating.

Originally published at On Being the Church

Craig Wong serves as a “minister-at-large” for a Presbyterian congregation in San Francisco, where he and his wife have lived, served, and raised a family for over 25 years. 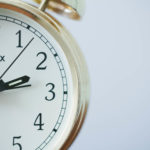