When they were teenagers, Suzanne Broetje and Laura Peréz moved with their families to a valley along the Snake River in southeastern Washington State. Their first experiences of the place couldn’t have been more different.

Suzanne’s parents, Cheryl and Ralph Broetje, were financially successful in the late 1970s, when Suzanne was in junior high school in Yakima, Washington. The elder Broetjes had bounced back from a slow and costly start in the cherry-growing business a decade before and were riding high until the early 1980s, when interest rates skyrocketed and they could no longer borrow necessary operating funds.

“Dad sold everything,” Suzanne recalls, “and we left the house on the hill over the Yakima Valley and ended up in a hotel in the Pasco Valley until a few weeks later when we put up a trailer house.” Living amid wheat fields and five hundred acres of apples, attending school in a tiny school district, was “very isolating” for Suzanne, “a horrible transition for me and my two younger sisters.”

Soon Suzanne went away to college, and while she was away for the next 15 years, something new was happening back at the orchards.

Cheryl and Ralph noticed that the complexion and language of their seasonal workers was changing. They wanted to understand why so many employees were now coming from Mexico, so they traveled to the border and discovered that many of their new workers were, as Cheryl puts it, “economic refugees”: economic conditions had deteriorated so badly in Mexico that thousands of people were coming north to earn enough money to feed their families.

Laura Peréz’s dad was a seasonal farm worker from Mexico. He, his wife, and his four children had long moved from one place to another in Washington’s Yakima Valley area, following the harvest and taking on work wherever they could. “We didn’t really have a stable place,” Laura remembers. “We were going to all these different schools. It was too much. I didn’t want to go back to school. I was tired of moving and starting over.”

Around 1990 a friend who was from the same town in Mexico told Laura’s dad, “There’s a man who’s going to plant a lot of trees, and there’s going to be a lot of work.” He went to see the man who was planting the trees, and Ralph gave him a job. At first Laura’s family lived in nearby Prescott while her parents commuted to the orchard to work, but soon homes were built and the family moved to a new community that the residents named Vista Hermosa—“beautiful view.”

Before coming to Vista Hermosa, Laura says, “I didn’t have a sense that I belonged somewhere. I didn’t have a community supporting me going to school and bettering myself.” Laura had quit high school in freshman year, but Cheryl talked her into going back and giving high school a serious try. “That was the real crucial time for me,” Laura says.

A lot of migrant worker teens quit school because they don’t have that community to support them. We were behind in school, and they had after-school programming where I could catch up on things. You have to know your neighbors. Now I know a lot of people who have been here since I was small. It makes you feel you’re at home. They’re like your family. You know their kids, you went to school with them, it’s like a big family.

Laura graduated from Pasco High School and met her husband, who was a worker in the orchard. They got married and started a family, then moved back to Vista Hermosa about ten years ago. Over her years in the community Laura has worked sorting cherries, teaching preschool, working in the reception area in the front office, and assisting in the accounting department. She is now the communications officer for Broetje Orchards.

Laura says she wants to stay at Vista Hermosa until her kids are grown. She describes a vibrant community life that is invigorated by the success of the local kids’ soccer team, which is third in the state in its conference. Parents in the community no longer assume that their children will drop out of school like they did and spend a career in low-paying work. They now expect their children to do well in school, and they know, Laura says, that “they can go anywhere in the community and get the help they need.”

All of this fulfills the vision Ralph started with. When he was a teenager himself, he imagined having his own apple orchard and using his earnings to help hungry children in India. Ralph and Cheryl started out in business with that altruistic aim, but with their success in the 1970s they lost track of their original goals. Suzanne says that her dad calls the business meltdown of the 1980s “God’s thunderclap of a reminder.”

As they rebuilt their business, Ralph and Cheryl constantly paid attention to the needs of their workers. They planted multiple varieties of apples so they could employ seasonal laborers for more months out of the year, and they started a packing plant that could employ people year round. When the packing plant drew more women into their workforce, they learned that many children were being left unattended at home because the parents were separated from extended-family networks that would otherwise have been available to help with the children. So the Broetjes started a day care center. They built the homes in Vista Hermosa so employees could live closer to their workplace. Multiple other businesses and nonprofits have grown from these seeds of business success and care for the workers.

Now in addition to making subsidized housing and child care available to workers and breaking ground on a new community where families can buy homes, Broetje Orchards distributes 10% of its profits to its employees and donates another 50% to sustainable development work in seven countries through the Vista Hermosa Foundation, which Suzanne now directs. A Cherry Crop Committee composed of employees chooses organizations to receive 100% of the cherry profits each year. In 2009 the committee distributed over $350,000 to projects in Washington State, Mexico, Haiti, Colombia, Pakistan, and Zambia. At the time of this writing Cheryl was in Kenya, training people in small communities to lead work that will serve the needs of others.

Broetje Orchards is in business to “bear fruit that will last.” Seeds from that fruit are germinating worldwide. 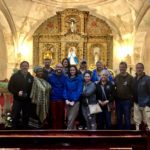 Who is My Neighbor Part V: the Mexico/Guatemala Border 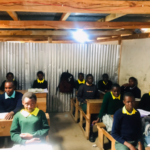 By Angelica "Lica" Acosta Garnett I was born and raised in Bogota, Colombia. At age 17, after [...] END_OF_DOCUMENT_TOKEN_TO_BE_REPLACED

I’m from Uvalde. Now, when I say that, I am often met with a sigh, groan, or an awkward [...] END_OF_DOCUMENT_TOKEN_TO_BE_REPLACED

"Disability Curatives" An excerpt by Dr. Amy Kenny "God told me to pray for you,” she says. Her [...] END_OF_DOCUMENT_TOKEN_TO_BE_REPLACED