How you can help:

If you can attend, please let the organizers know which day(s) you will be there.

If you are somewhere else in the country, please join us in prayer, ideally in front of your local ICE offices.  If you gather in prayer, please take a picture, post a picture with this hashtag #libertad4noe or #pray4noe and send it to matthew25socal.org with the date and place noted.

We will continue to update you on upcoming and ongoing prayer vigils until he is released and his family reunited.

If you are in Southern California, contact the ICE leadership:

Script: I am (Title/Name) from (Church/Ministry/Organization) and I am calling to ask for the reléase from detention of Pastor Noe Carias Mayorga who has qualifying cases through his marriage to a US citizen and his ministry as an Assemblies of God Pastor, has no criminal history and who has motions pending for removal of 25 year old deportation orders resulting from entering without permission as a teenager.

Send an email and call the member of the House or Senate Homeland Security Committee closest to you and ask for their help:

Talking Points:
We are calling (writing) on behalf of Pastor Noe Carias who has been detained by ICE.

We are asking for you to investigate the case of Pastor Noe Carias, to advocate for him to be released from detention and to initiate the review and revision of applicable Homeland Security priorities.

List of Republican members of the Homeland Security Committee of the House:

Democratic members of the Homeland Security Committee of the House:

Republican members of the Homeland Security Committee of the Senate:

Democratic members of Homeland Security Committee of the Senate 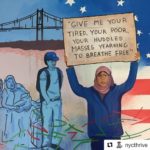 This post is part of our Civic Engagement Series for August Recess. Faith & Community [...] END_OF_DOCUMENT_TOKEN_TO_BE_REPLACED 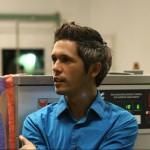 Scott Overpeck is a creative leader with a heart for contextualizing movements of justice, advocacy and compassion to his surroundings. He is the founder of Intersection, a consultancy advising social enterprises and non profits on communications as it relates to marketing, fund raising and commerce. Additionally he sits on the board of Orange County Educational Arts Academy; helped found Laundry Love Santa Ana; and leads 511, a small creative community in Santa Ana. Scott lives in Orange County, California with his wife and two sons. He enjoys tacos, unicorns. and tv shows with singing.