Our Journey Toward Social Enterprise

When I think about the thousands of families in my city of Fresno that are affected by unemployment and the cycles of poverty entrenched in our systems, I reflect on Nobel Peace Prize recipient Mohammad Yunus’ famous words.

Poverty is not created by poor people but by the system we have built, the institutions we have designed, and the concepts we have formulated.

In our city we have begun to change the system by investing in an ecosystem that intentionally fosters the growth of a small-is-beautiful approach toward establishing a social enterprise movement. We engage both faith institutions as well as individual entrepreneurs and sole-proprietors in models that are eminently doable. Because our city has the second highest rate of concentrated poverty with an unemployment rate that is double and sometimes triple the national average, we have felt especially responsible for approaching our economic challenges with the creativity inspired by faith and the resources of the faithful, even when they are modest.

For us that means Social Enterprise (SE). A social enterprise is a business that creates an “intersection of market forces and social benefit.”  It can be organized either as a non-profit or a for-profit entity, but It’s objective is to be a self-sustaining, alternative approach to poverty alleviation that goes beyond charity, utilizing the power of entrepreneurship to create opportunity. Traditional businesses have a single bottom line – the money has to work, income exceeding expenses. Social Enterprises share that bottom line, because “if there’s no money, there’s no mission.” But SEs have two additional bottom lines that make them distinctive.

One specifically targets a particular social impact goal such as providing employment for people with barriers.  The second targets the environment such as committing to steward it by not producing a product or service that is toxic for the community. These, when added to the goal of financial sustainability, add up to what is called the triple bottom line of social enterprise.

Our journey in social enterprise began when the former Mayor of Fresno asked faith leaders this question: “What is the role of faith institutions in the economic well-being of a city?” We had never considered this question before.

We assembled a research group to find out what faith institutions were doing across the country to stimulate economic answers for the most vulnerable of their communities and published those models in a book called: The Work of Our Hands: Faith-Rooted Approaches to Job Creation, Placement or Training in a Context of Concentrated Poverty (condeopress.com, 2012) We gave it to every faith leader in the city and began to embark on a series of annual summits to help expand the thinking of faith leaders in regard to economic growth. But books can gather dust on shelves and conferences come and go; we wanted a process that would stimulate action!

That birthed the idea of a “Shark Tank without the Teeth,” which is now known as the Spark Tank Pitch Fest.  This gathering is a place where churches, CBOs and individual entrepreneurs pitch their social enterprise ideas and receive start-up awards. From there, the award recipients go to training offered by the Small Business Administration. Each is assigned a mentor and gatherings are held to encourage each other. This process has helped spark 32 enterprises – mostly social businesses, but also micro-lending funds and employment readiness systems.

After five years, we have seen great results.  Nationally, 70% of new business start-ups fail, yet more than 2/3 of the 32 SEs we have helped to catalyze are still operating. These entrepreneurs are a diverse group with half being leaders of color and women. Diverse people of faith sharing their resources generating ideas like: Tree of Life Cafe & Bakery, hiring people coming out of rehab and serving farm fresh food, Crumb and Get’Em Cupcakes hiring inner-city kids to bake, Rock Pile Yard Service hiring men coming out of incarceration, Coat of Many Colors doing painting workshops with men suffering from PTSD, 701 United teaching fitness and discipline to kids in a high poverty neighborhood, and churches making nano-loans to people in the congregation who need to create side-businesses.

Even after all of this, we have come to believe that more infrastructure is needed in our region to be sure that social enterprise is nurtured for the long-term. This is why plans are underway to launch the FPU Social Enterprise Academy/Accelerator, the first of its kind in Central California. Individuals who want to start their own businesses that accomplish a common-good objective, and faith institutions who want to launch a social business to employ people with barriers or generate revenue for ministry. They will be able to go from zero to operational, with mentoring and access to specialized funding sources. 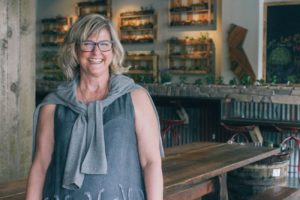 The planners are a mix of business professionals, social entrepreneurs, CCDA-type Community Benefit leaders and business professors. Impact investors have taken notice, a bank has funded some of the start-up costs, the local business journal and university magazine have both done features on the phenomenon. With this new infrastructure and momentum, we envision the day when dozens of non-charity, small-is-beautiful enterprises are birthed every year in our city alone, providing employment solutions, and stabilizing lives.

As a long-standing CCDA leader, I have seen that the faithful in every city, when mobilized in new systems, can move the needle on our most difficult problems. Though small in number when compared with the size of the problem, they are a delight to our God. As Zechariah reminds us, “Do not despise these small beginnings, for the LORD rejoices to see the work begin.” Zech 4:10

Randy White, D.Min. has been a member of CCDA for more than two decades, and is the Executive Director of the Center for Community Transformation at Fresno Pacific University. He is the author of five books, including his latest, co-written with H Spees and six other community practitioners: Out of Nazareth: Christ Centered Civic Transformation in Unlikely Places (Urban Loft Press, 2017). He and Carlos Huerta will be leading a workshop on Social Enterprise at the upcoming CCDA National Conference.

Welcome to #ccdaAdvent. In the midst of darkness, oppression, and marginalization, Christ entered [...] END_OF_DOCUMENT_TOKEN_TO_BE_REPLACED