Locked in Solidarity and Reservoir Church

In the winter of 2015, a group of eight people gathered one evening during a blizzard at the chapel of Reservoir Church to hear the story of a friend of a friend who had been incarcerated. He shared about the trauma of separation from his family, the psychological toll of prison life, and the way he had to fight for hope every day. He shared about the joys and frustrations of his return, as he navigated employment hopes getting dashed and rebuilding relationships that had experienced a long pause. People, if only for that hour, locked themselves in solidarity with his story and his experience.

It was that night two-and-a-half years ago that Reservoir Church got involved with Locked in Solidarity. As part of our work with CCDA, we have hosted an annual gathering to remember, learn about, and pray into issues around mass incarceration. One of our favorite events was when we hosted a prayer gathering for Locked in Solidarity in 2016 and extended the invitation to the Cambridge Police Department. Three officers showed up, two of whom had Catholic backgrounds, and all of whom had a family member incarcerated. The rest of the attendees cared about the issue, but they didn’t have a personal connection in the form of an incarcerated family member or friend. The cops jumped right into the prayer time, and their prayers were powerful and sincere as they prayed from the heart of their experiences.

After the gathering, as folks mingled, one of the Catholic officers said, “Hey, that was pretty cool! I’ve never prayed out loud with other people before.” The other Catholic officer piped in, “Me either – I liked that!”

It was this beautiful, amazing tapestry of prayer, experience, story, and leadership. Yes, Reservoir hosted the gathering, but the cops, in so many ways, ended up “leading” the event as they were the ones who lived closest to the realities of mass incarceration — in their daily work, and through their personal experiences of having family members in the system. And there they were, willing to venture into new styles of prayer and new ways to articulate their hopes for healing, justice, and restoration. At the same time, other attendees were invited to examine and pray into the realities of their hearts and neighborhoods, their connections (or lack thereof) to mass incarceration, and their own cries for justice.

This is how it went for a couple of years at Reservoir: an annual gathering to reflect on mass incarceration, peripheral conversations among a handful of congregants around the criminal justice system and our hope for Jesus’ redemption, and some folks who did prison ministry on their own time. But mass incarceration wasn’t on the forefront of our collective mind.

Fast forward to 2016 when Reservoir started to engage in community organizing work through the Greater Boston Interfaith Organization (GBIO) — a group of religious institutions in the Boston area that organizes around non-partisan issues that impact the city, the commonwealth, and its citizens. The tumultuous election cycle had left many people asking, “What should I do?” as a new administration arrived to Washington, DC in early 2017. Folks at Reservoir were looking for spaces to act, and GBIO invited us to work on its Criminal Justice Reform campaign.

Through our work with GBIO, our congregation has become increasingly interested in and committed to seeing criminal justice reform in Massachusetts. Our gatherings have gone from 5-10 people interested in mass incarceration to turn outs of 50+. Thirty-five folks turned out for Locked in Solidarity 2017 where we reviewed the legislative issues we were trying to get passed this session: reducing mandatory minimums, eliminating parole fees and fines, reforming the pre-trial bail process, and reducing time spent in solitary confinement in Massachusetts. Folks have been running in-district meetings with state senators and representatives, showing up to judicial hearings and the State House, and learning, reading, watching and talking more about the issue.

Even if Reservoir doesn’t have many returning citizens in our congregation and our church’s neighborhood doesn’t have high rates of incarceration, people at Reservoir are better understanding how deep and pervasive are the systemic issues around mass incarceration. We are also growing in our commitment to see Jesus’ love and justice, and through our work we hope to shift the trajectory of our city, our state, and our country.

A final story that’s been encouraging to us: a few weeks back, a person wrote a letter to our church from prison, asking to learn more about Reservoir and expressing interest in visiting when they are released. It was amazing to be able to send back a letter to say that everyone, without exception, is welcome in our community and that we are eager to meet them and discuss how we could support their re-entry. It was amazing to be able to say we are committed to seeing reform in our state’s and country’s criminal justice system. It was amazing to think that, God willing, deeper connections may start to form, so that we’re no longer working on “an issue,” but working with and alongside people whose lives have been altered by mass incarceration.

It’s amazing to look back to that snowy evening two-and-a-half years ago, and to see where we have come. It’s just the beginning, and we are grateful to be walking this journey with Jesus and CCDA and GBIO and one another and the countless people who are working to do justly and love mercy when it comes to mass incarceration and criminal justice reform.

Cate Nelson is Pastor of Neighborhood Initiatives at Reservoir Church in Cambridge, MA.

At Reservoir Church in Cambridge, MA, everyone, without exception, is invited to discover the love of God, the gift of community, and the joy of living. In our small and imperfect ways, we seek to do justice, love mercy, and walk humbly with God and those whom God has given us, the gift of one another. Reservoir Church is a CCDA member organization. 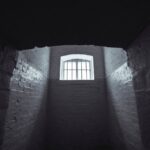 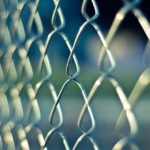 Two Community Members Step Over the Barrier of Incarceration