What is a Pastor Like Me Doing at a Protest?

Twenty-five years ago, I was in 10th grade and lived in Lakewood, Colorado. As a suburbanite, I rarely ventured downtown. It was considered unsafe and largely to be avoided. The main strip through our city is Colfax Boulevard where the east end garnered the reputation for being the red-light district complete with crack corners and unseemly activities.

Nine years ago, God burdened my wife and I to leave our suburban church, move to the city with our four boys, and start a church in the inner city. Six years ago, we opened the doors to a multi-cultural, multi-class church and my life since then bears little resemblance to my first thirty-three years.

Occasionally, I get snapshots of how different life really is. Last night, I took a mental picture. I was watching the Ferguson coverage and saw a picture on Facebook of the Denver solidarity protest down at the Capital. I looked at my 10th grade son and said, “Wanna go?” He said, “I thought you’d never ask!” We jumped into my car, tore off at 9pm, and jumped into a walking protest mid-stream heading east on Colfax.

Within minutes, I was shouting “Don’t shoot!” to the call of the megaphone “Hands up!” I looked over at my son and I immediately got tears in my eyes. He was fully engaged. More shouts. He screams, “Black lives matter! Every life matters!” My mind rolled through the pictures of his friends who often bounce over after practice for a snack. Love those guys.

It had a somber feel; longer than a moment of silence. And, it was sad; almost like a funeral.

And the picture snapped.

Colfax. East side. Laying in the middle of the street I once wouldn’t drive down. Grieving for a man I never met. With a group of people I’d never known. In solidarity with a group of Americans that I have come to love; and, my son is by my side.

What brought me to this place? What’s a pastor doing at a protest?

I raised money and prayer support from the evangelical church for the start of our church by telling the deficit story. Inner-city. Crime. Fatherlessness. Individuals in need of a Savior…and my “strong” spirituality.

But when I came down, I heard and experienced a different story. Neighborhood. Strength through suffering. Strong moms. Resilient kids. Returned citizens. And a vibrant spirituality that was a rebuke to mine.

And I joined a family.

Little did I know the transformational impact this family would have on me. This family impacted my faith to trust God for my daily needs and to see Him everywhere. They transformed my view of poverty to see the assets of those with little material wealth. They transformed my view of the Gospel to move from a sinner’s prayer and a conversion moment to a robust Gospel that makes all things new. They impacted my view of the oppressed to see them as suffering under complete systems of injustice instead of simply individual problems.

What brought me to East Colfax at 11:00pm lying in the street? I was lying there because I’ve joined this family. And that has made all the difference.

Suburban Lakewood was only 10 miles away as the crow flies, but it took me 25 years to drive here. To see a different world. To hear a different story. To find a whole new family. I look over at my son as the cold pavement begins to chill me. It’s been four minutes. He’s lying limp. Eyes closed. I thank God for him. Some people pity him for “having to live here.” I’m so glad he gets the privilege to start here.

(Jason Janz is the lead pastor at Providence Bible Church in Denver, CO) 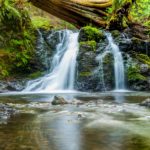 Responding to God’s Call to Justice: Chasing the River of Life

Ezekiel and the Story of Dry Bones

This post is part of our Civic Engagement Series for August Recess. Faith & Community [...] END_OF_DOCUMENT_TOKEN_TO_BE_REPLACED

“How sweet it is when we can gather together! It is like oil, running down Aaron’s beard…” (Psalm [...] END_OF_DOCUMENT_TOKEN_TO_BE_REPLACED