Walkin Towards the New “We”

Growing up in a predominately white upper-middle class world, my concept of “we” had limits that needed expanding.  Sports, travel, and education all played their part in this expansion; the more I grew in years and wisdom, and the more friendships I found, my concept of “we” grew in its capacity for otherness.  I believe everyone undergoes this journey of expansion, this walking towards the new “we”, as our lived experience breaks apart old ways of making categories and challenges the perceptions we used to think sufficiently accounted for everything in our little world.  To be human is to wonder about our identity.  Who are “we” and who are “they”?  To whom do I belong?  Where’s my group?  What people do I call my people?  And where are the boundaries?

One of the most frequent metaphors used in the Bible for spiritual growth is walking.  Walking towards the new “we” is undeniably a spiritual walk.  The more I let myself be loved by Father God, the more I grew in knowledge of Him and His ways.  And then, somewhere along the journey, I began to realize that I worshiped a God who takes people who have been pushed to the margins and places them in the center of His heart.  We worship a God who, as He is creating a nation unto Himself, takes care to make space for the sojourner in the land.  I know a God who, when His people are in captivity, raises up advocates to be a voice for the voiceless and oppressed.  When I praise God I am being formed to walk in the way of Jesus, a way which leads to the shunned and outcast.

Because of all this, I can’t help but to see some form of hypocrisy in wanting to reap economic benefit from the cheap labor of those who immigrate to our country, while at the same time taking a stance which perpetually pushes them to the margins.  Wherever you might be on the grand spectrum of perspectives on immigration, it’s a healthy thing to acknowledge that it is more than a political issue.  Politics has become an arena where it’s the norm to use buzzwords like “immigration” as leverage to evoke populist fervor in one direction or another without nuance.  But to talk about immigration is to talk about humans.  It’s a human issue.  It’s a “who are we?” issue.  It’s a spiritual issue that needs conversation because it’s an issue which will affect the soul of our nation.

I hope I don’t come across as overly naïve.  Any conversation needing to be had is going to be a difficult one.  But it can’t be a conversation void of compassion.  It can’t be a conversation driven by fear of otherness.  We are discussing human lives.  We are talking about a difficult-to-achieve balance between accommodation, adaptation, and restriction.  People are needing a safe place to ask questions and express anxiety about immigration without automatically being labeled intolerant, xenophobic, or racist.  Such labels, regardless of their level of accuracy, do not assuage the root problem: fear.

Fear will fill the void when we leave compassion out of the conversation.  Neglecting compassion means Americans lose faith in their ability to be diligent in selection and integration.  It means we lose an authentic appreciation for the economic benefits of immigrants shoring up a shortfall in a particular labor market.  It means we lose a sense of our national identity as the safe-haven for refugees, oppressed by violence and hunger, wanting to taste freedom.

In a world where a single policy on immigration that lacks nuance can bolster a full-scale humanitarian crisis, such as we see happening in Syria and Central America, intentionality and discernment is needed in how our nation walk towards the new “we”.  The dominant narrative paints immigrants as scapegoats for our own failings, decries their presence among us as the result of a bad (or at best out-of-touch) government, and criminalizes them as terrorists or worse.  It’s a narrative that keeps a broken system intact.  It’s a narrative that ignores our identity as a nation whose larger story can be traced by listening to the smaller, interwoven stories of successful and celebrated immigration that have fruitfully shaped the United States.

Walking “El Camino del Immigrante” is just another step in my own journey in walking towards the new “we”.  But in it is a hope that we as a nation will foster a heart for the vulnerable and choose compassion instead of fear for our immigrant brothers and sisters.

Pastor Blake received his B.A. from Wake Forest University and his M.Div. and Th.M. from Trinity Evangelical Divinity School.  He enjoys painting word pictures of God’s love, guiding all into the great storyline of the Gospel message.  There almost isn’t any genre of music he doesn’t listen to, he’s always up for a good game of chess, and he appreciates an engaging conversation.  Pastor Blake seeks to foster missional community: a people united by Jesus, desiring to see their city flourish, willing to participate in God’s action. 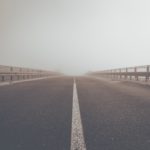 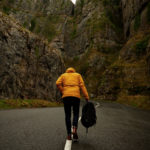