Re-Imagining the War on Gangs

The U.S. is populated with over 1.4 million gang members. Over 33,000 gangs are responsible for 80% of crimes committed and 40% of violent crimes. Every city in the U.S. with at least 250,000 people has gang activity. (Federal Bureau of Investigation statistics) Gangs operate by using violence to control neighborhoods and boost their illegal money-making activities, which include robbery, drug and gun trafficking, fraud, extortion and prostitution rings.

Despite decades of law enforcement and task force operations, the gang crisis continues to grow and have major impact in our neighborhoods.

The church can either see this phenomenon as an epidemic to be suppressed or re-imagine it as a movement to be transformed.

Here are two organizations in two different metropolitan areas that see living among the gangs and converting one life at a time as the only way towards transformation of individuals and their neighborhoods:

FIFUL and its Pink House Program are located in Fresno, California. Fresno is the fifth largest city in California and is the home of the largest Hispanic gang in Central California called the Bulldogs. The Bulldogs are comprised of over five thousand members and six thousand associates (National Gang Threat Assessment 2009).

Each Pink House resident commits one year of their lives to living in an intentional community in downtown Fresno. The Pink House is led by Ivan Paz, Co-Director, who grew up in Fresno’s poor communities and feels very connected to the youth, sharing in their life experiences and struggles.

The organization has examined the origin and development of gangs in light of the Bible story of Jephthah in correlation with ex-gang members, which has led to a prison urban-leadership correspondent course called JPP (Jephthah Prison Project). This prison course mobilizes inmates to engage the prison context of the Gospel. The Pink House has also engaged with the most influential organizations in the inner city in order to establish restorative justice to the area. They have collaborated with InterVarsity Christian Fellowship/USA and First Presbyterian Church of Fresno.

Youth are being recruited into gangs – 50 percent of gang members are under the age of 18 and close to 90 percent of juvenile boys in correctional facilities have gang affiliations.

Tha Myx team contends that 44.8 percent of all gang members have tried to quit and 79 percent would quit if they had a second chance. Their organization has developed a prevention process that highlights areas of gang identification, gang structure, identifiers of prominent gangs and addressing the addiction to gang lifestyle and culture.

Their Lifeline program provides gang members who have felony charges with a way to reconstruct lives outside of the gang by finding employment and education, and ultimately, transforming their lives.

Learn more about FIFUL/the Pink House and Tha Myx International at the 2013 National Conference in NOLA!

Pink House Co-Director, Ivan Paz, will be sharing the organization’s mission and experiences in his workshop “Re-Imagining the War on Gangs.” In another workshop, “From Gangs to God,” Adrian (AGE) Sandoval and Adonis Cleveland will provide practical insight into the lives of gangs and how to engage current members and prevent new recruits from joining. This is only one of a series of ministry stories we will be sharing to highlight workshops at this year’s National Conference. 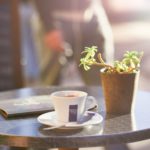 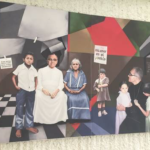 Ezekiel and the Story of Dry Bones

Welcome to #ccdaAdvent. In the midst of darkness, oppression, and marginalization, Christ entered [...] END_OF_DOCUMENT_TOKEN_TO_BE_REPLACED

By Jerilyn Sanders Devotional What’s the difference between waiting on God and just being [...] END_OF_DOCUMENT_TOKEN_TO_BE_REPLACED