These past few days have been filled with frustration. I was one of the ones who followed the Zimmerman trial closely and patiently awaited a verdict. It was more so about getting justice for Trayvon Martin, his family, and the African American community than seeing George Zimmerman burn. Yet, when justice was deferred (deferred because Scripture assures us that God is the final judge and the only truly just judge), I was furious and although I am not African American, the verdict affected me in an extremely personal way.

Yet, when justice was deferred (deferred because Scripture assures us that God is the final judge and the only truly just judge), I was furious…

Although I am still young, I have had my share of life lessons. When I arrived in this country at the age of eleven from Puerto Rico, my family and I relocated to Riverdale, Georgia. I attended a predominantly African American middle school and quickly began forming relationships with people that were totally different from me. All throughout my adolescent years, I learned to feel very comfortable, almost at home in this setting. Nevertheless, when I returned to my Hispanic social circles in which I was immersed, the prevailing sentiment countered my personal experience. The communal sentiment was adamantly clear: stay away from African Americans and their “ghetto communities.” It was not until later in life, when I decided to rent my first apartment in Decatur, Georgia, (where I probably was the only Puerto Rican in the entire neighborhood), that I came to fully comprehend how much some Hispanics were willing to do in order to stay away from residing alongside African Americans. I saw parents make major decisions for their families out of fear of being stigmatized and being looked down upon, deciding that it would be worse to cohabitate alongside of African Americans than it would be to struggle financially. While I was able to fully comprehend this in my young adult years, the truth is that I also saw it in my youth; and in a way, reflecting back on it now, I’ve always known it, yet I never wanted to admit it publically. I assume in retrospect that I did not want to process this reality because it would prove to be shameful for me, my family, and my race; but now that I’m processing it, the deeper embarrassment is how long I’ve suppressed this truth.

This latest verdict in the Trayvon Martin case has helped me realize the damage that my silence has done and I refuse to be silent any longer.

This latest verdict in the Trayvon Martin case has helped me realize the damage that my silence has done and I refuse to be silent any longer. I refuse to let Trayvon Martin’s death be one of those times in which I do not hold myself, but more importantly the broader Hispanic community accountable for its perception of African Americans. However, let me first say that there are surely a number of Hispanics that have chosen and are choosing to be present with African Americans. There are those of us within the Hispanic community that have marched and mourned alongside of African Americans, both historically and presently. I want to acknowledge that and be intentional about expressing just how important and valuable these efforts of solidarity are and have been. Nevertheless, we cannot become complacent with just these efforts of solidarity because, by and large, they are isolated events, anomalies even. When we have spoken up our voices, activism, and efforts have definitely made an impact. We are being heard throughout the nation right now. Latino communities are effectively using their first amendment rights making noise in places like Los Angeles, where the Hispanic community has demanded that the Immigration movement collaborate in order to join forces with the racial justice movement. However, there are still many more of us who have chosen to remain silent. Let’s face it. Zimmerman is not Caucasian. He is Caucasian inasmuch as he is Peruvian due to his mother being born in Peru and of Peruvian descent. Does this matter? It matters greatly! Though I do not know Zimmerman personally, his profiling of Trayvon Martin, which led to Martin’s death, is something that I am too familiar with. It makes me remember all those times when other Latinos questioned my motive for wanting to live in Decatur, Georgia; it makes me remember the stereotypes I heard, and still hear, when other Hispanics realized that I chose to marry an African American, and it makes me remember how I was forced to have two separate groups of friends growing up, never able to draw the two together to coexist as one community.

And, does our hesitancy to see African American men humanely, as opposed to criminalizing them, make us as guilty as Zimmerman? Does our silence reflect our indifference, our lack of understanding of the Gospel, and our sinful nature?

Why do we insist on staying away? And, does our hesitancy to see African American men humanely, as opposed to criminalizing them, make us as guilty as Zimmerman? Does our silence reflect our indifference, our lack of understanding of the Gospel, and our sinful nature? Does it reflect our arrogance, our internalized bigotry, and our apathy?

There is a dire need for self-evaluation within the Hispanic Church. It is one that is long overdue. We need to ask ourselves why it is that we refuse to enter into these areas of justice where people who do not always look like us, and do not always speak like us, desperately need us to stand in solidarity with them. If you are one who has actually decided to enter into these places, are your family and friends right there with you? If not, how can we care for them while strongly encouraging them to see a fuller picture of the power of the Gospel, the call to reconciliation, and the command to love our neighbor as ourselves? Misinterpretations regarding the concept of who our neighbors are prevent many of our Hispanic brothers and sisters from fully living out and assisting to bring into reality the Kingdom of God as we see depicted for us within the Lord’s Prayer. It is exhausting, frustrating and at times painful work. But it can also be beautiful, meaningful and liberating labor.

I was not around in the seventies; and thus, was unfortunately unable to witness the time when Coretta Scott King visited Cesar Chavez in Phoenix in order to pray for him. Yet, I still find inspiration from this image today in 2013. I know that the more we die to ourselves in order to submit to the will of the Father, the more fruitful our lives become because it us who no longer live, but Christ within us. The more this becomes a reality within our Hispanic churches the more we cultivate a space for reconciliation and for us to be used by God. The transformative power of the Holy Spirit is capable of creating powerful moments that create space for the presence of God to be truly and fully felt in our generation and in generations to come. These are the moments where truth can be spoken and heard and even understood in surprising ways. Yet, if we do not allow space for these moments, we miss out on opportunities to know and experience God in deeper and fuller ways. And, if Jesus were around today, do we truly believe we wouldn’t have to go out of our way and step outside of our comfort zones in order to see, hear, and follow him?

This blog post was written by Danaís Torres Gilliard. Danaís is of Puerto Rican descent and moved to the United States at the age of 11. In undergrad, she studied Spanish, earning a B.A. from North Park University and is currently a student in the Master’s of Speech Pathology Program at Cal State East Bay. Danaís is a CCDA member. 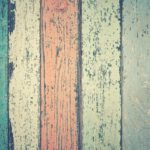 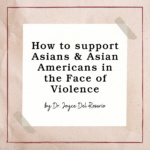 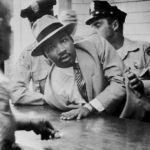