The Church as a Warming Station

Impact Temple Church occupies an old warehouse that’s been repurposed into a church. The brick structure is quite solid, and six years of renovations have transformed the building into a fairly versatile space. So, for the second year in a row, we have served as one of two warming stations in the city for our friends who are experiencing homelessness. Every night that the weather drops to 35 degrees or so, we open up our doors for dinner, showers, a safe and warm place to sleep, and breakfast in the morning.

We knew that last week’s vortex was coming, so the week before we began to make plans to be open for 24 hours a day for the next week. We expected to have around thirty each night, based on the population of folks living on the street with whom we have good relationships. Several individuals and churches gave generously to stock us with the food, sleeping bags, cots, and supplies we would need.

But no one anticipated the power outages. So by Monday we had elderly folks and families with children also staying in the church. By Tuesday, the city had coordinated the opening of several other warming stations, but because we were operational early on, we ended up serving a maximum of 65 people overnight and providing meals for 75 people for several days.

We believe that a church situated in a neighborhood is and should be a resource to and for the neighborhood.

We believe that a church situated in a neighborhood is and should be a resource to and for the neighborhood. We had power (and never lost it!), heat, and showers. And with the help of our community, we had food, cots, and other supplies. We are grateful that we were able to meet those needs.
A week in a warming shelter with some very diverse folks was challenging, but it was also really beautiful. A lot of our homeless friends are part of our church community and some who aren’t have participated in our warming shelter enough to know what to expect. Many of them feel that Impact is their church; it’s their space to share. So when we had others from the community needing space, they were extremely gracious and hospitable. They also stepped up to help with cleaning, cooking, and helping to run the warming shelter.

So for a few days, a group of friends who are currently homeless was working hard to create a warm, safe, and hospitable space for people who were temporarily displaced from their homes. And I know that wasn’t lost on our housed guests. My hope is that God was opening the eyes to our larger community to see the beauty and humanity, as well as the deeply unjust struggles, of the marginalized among us.

Thank you for reaching out. We’re grateful to be part of a larger family of churches seeking to cultivate expressions of the kingdom in our little neighborhoods.

Of course, our utility bills will be scary. We ran three large heater units non-stop for over a week. So if anyone would like to donate, they can at impacttemple.com/give.

To Define a Neighborhood 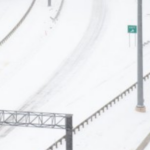